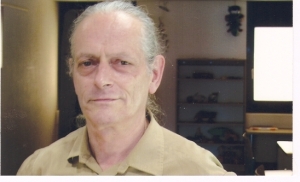 Here follows Marco’s text, which came to RadioAzione via an e-mail sent by other comrades. The text explains the reasons of the hunger strike. From RadioAzione yet another strong hug and solidarity to the comrade kidnapped in the Swiss concentration camp of Lenzburg:

Hunger strike from 30/12/2013 to at least 26/01/2014 and refusal to doing forced labour from 6/01/2014 to at least 26/01/2014: this is my contribution to the struggle of resistance and to the struggle for total liberation all over the world inside and outside prison, against repression, class justice, prison, torture, isolation, sexism, racism, xenophobia, the imperialist war, the annihilation of life on the planet.

Annihilation in the history of the planet with the death of the species, never so close to catastrophe like that of the extinction of the dinosaurs (meteorite impact?), but today being carried out by the patriarchal and techno-industrial civilization of dominion and by the oppression of the murderous exploitation of global capital and its States.

It is my contribution to shared revolutionary solidarity, beyond tendencies, for the freedom of all revolutionary prisoners and all the prisoners. Solidarity greetings to all those who struggle for total liberation.

It is a contribution and a call to the struggle against the summit of the murderers who dominate the world and their lackeys of the WEF of DAVOS (21/01-24/01/2014), where they carouse in luxury to better negotiate also in Davos their internal contradictions, the imperialist partition of the world, the imperialist war inside and outside their countries for the continuation and growth of the plundering of societies, peoples, ‘resources’ and of all the planet in economic, political and military terms.

It is my contribution and salute to the annual symposium (24/1-26/01/2014) of the Turkish comrades against imperialism, repression, torture, isolation, F-TYP units, a symposium with a rich schedule and a concert of Grup Yorum.

The reason for a longer hunger strike is an episode, perhaps a ‘minor episode’ but still part of repression, and I’ll later give details in appendix to this declaration:

On 30/12/2013 I was ordered to have a urine test ‘for suspect use of cannabis’. As this was arbitrary harassment and humiliation, but also political provocation, I refused in principle to submit to this abusive TSO.

So I was put in the punishment cell from 30/12/2013 to 4/1/2014, and as the test is supposed to be positive because I refused it, in the course of this series of violations and suspensions of rights, they also seized my PC (for six months). All this follows the internal rules, of course, which define computers as ‘entertainment consumables’; on the contrary for many prisoners including myself computers are fundamental instruments for filing documents and working, and as far as I’m concerned, an instrument for my work of relations and personal and political contribution. A sudden theft of one’s PC naturally means a huge loss for prisoners, who will have to reorganize their relations starting from zero.

Solidarity and love to the prisoners of the CCF in Greece, to Nicola and Alfredo and everyone in Italy and in the prisons all over the world!

Solidarity and love to the fighters of the ‘Phoenix Project’, ‘Green Nemesis’, the Cells FAI/FRI and all the cells, the individuals, groups and peoples struggling all over the world!