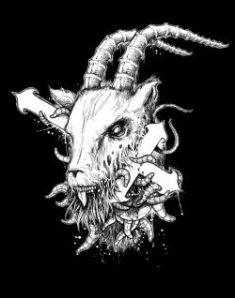 With lot’s of energy and rage I write these brief lines to tell you about the conditions of my kidnapping by the government of Mexico City, but also to ramble about some topics that interest me at the moment.

Mi political situation has not yet been decided, and for obvious reasons I can’t go into details as to not screw up my legal defense. The night of the 5th of January, our comrades Fallon and Amelie and myself were detained by members of the police for being the alleged perpetrators of molotov cocktail attacks against the Secretariat of Communications and Transportation, and for the fires of several cars of a NISSAN dealership.

Until today, wednesday, January 8th, we are being accused of terrorism and organized delinquency and destruction of private property.

We are we fine, strong and united and have reached the third day of detention between questions, attempts at scaring us, and elaborate ploys. Like the curious case of the fake human rights group, who once were alone with me, told me that they had been sent by a comrade and told me her name and physical attributes. I initially believed them and I began to chat with one of them who seemed very interested in the case. But it’s easy to identify the methods used by a porker (apologies to the pigs) and I immediately knew he was a cop.

With his supposed intention to defend us, he showed me several photos that pictured me and some friends, and in a friendly fashion he asked me for names and places and I immediately thought “How can a cop try to act like a comrade, when in his heart there is no dignity?” Well, in their training they are domesticated like hunting dogs at the service of their master, without questioning, they only act and don’t feel, giving them one single way to drool and a gleam of malicious harassment their eyes.

On the personal side of things I am an insurrectionary anarchist, what I mean by this is, the rupture with all forms of domination through daily struggle, thinking and re-thinking methods and objectives, using as a point of departure the will of the individual and the organization of social relations in a horizontal fashion, capable of deciding our own lives, starting with the with the destruction of our own mental paradigms that tie us to obedience and submission, to transcend into conflictuality in a permanent and informal manner.

I know that anarchist solidarity is strong like an oak tree, and that always goes farther than simple words

Solidarity with Gustavo Rodríguez, Mario González, Amelie Pelletier, Fallon Poisson, Gabriel Pombo. Felicity Ryder and all the comrades who face deportation, who are fugitives or in prison.